Show your support for Africa’s wildlife

WINNER OF THE PRINCE WILLIAM AWARD FOR CONSERVATION IN AFRICA 2018

Dr Pete Morkel has been key to myriad African conservation initiatives for over 35 years. His unsurpassed skills in game capture, wildlife translocations and re-introductions have had a significant impact on wildlife management and conservation across the continent.

His work as a vet includes six years with the Ministry of the Environment in Namibia, establishing the First Game Capture Unit in Windhoek and then Etosha National Park.  Followed later by seven year as General Manager for Game Capture and Veterinary Services for the South African National Parks Board and six years as Manager for Frankfurt Zoological Society’s rhino project at Ngorongoro Crater, Tanzania.

We can all make a difference. Just believe in yourself and get started.

He is the go-to person for wildlife capture in some of Africa’s most rugged and difficult environments. He has pioneered methodology for immobilizing forest elephant on foot, and worked with species such as giant sable, giant eland and Nubian giraffe.

Through his successful work in collaring a range of wildlife specifically rhino, elephant and giraffe, a much higher level of knowledge on these species as been acquired throughout Africa, ultimately helping with their management, protection and wider conservation.

Throughout this career Pete has shown complete disregard for his personal safety, whilst spending many months at a time away from his family dedicating his entire energy and attention to the conservation and welfare of Africa’s wildlife. 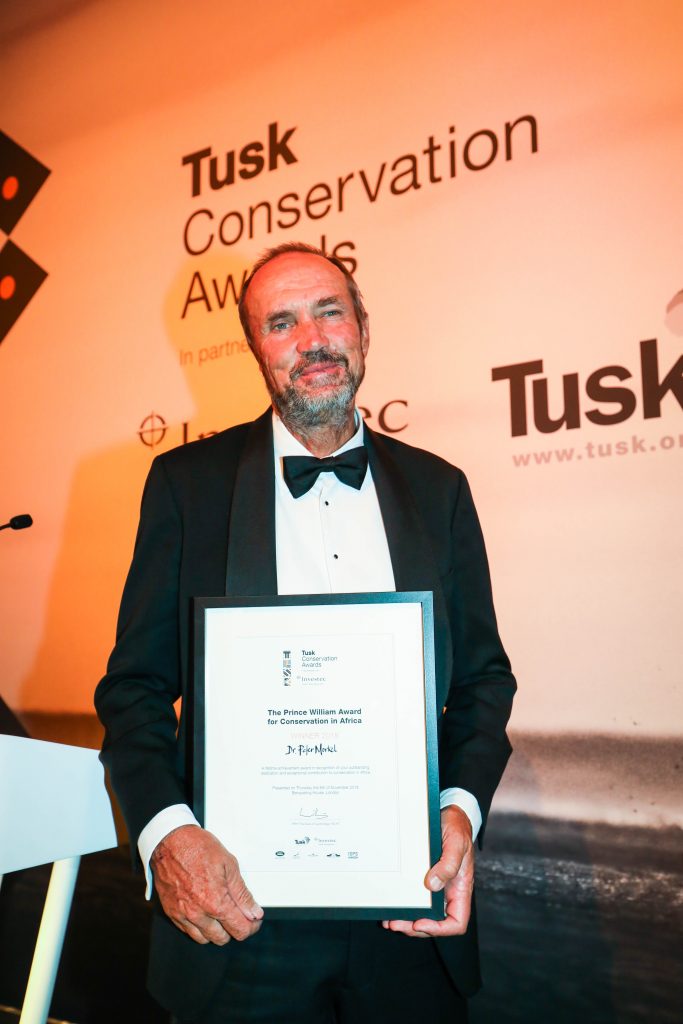 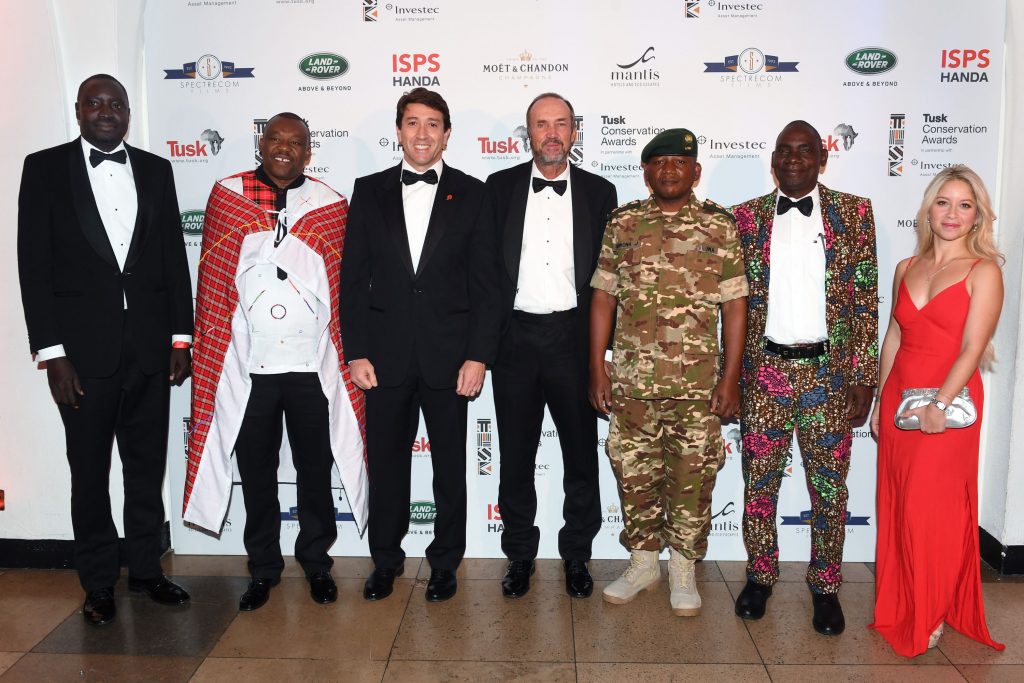 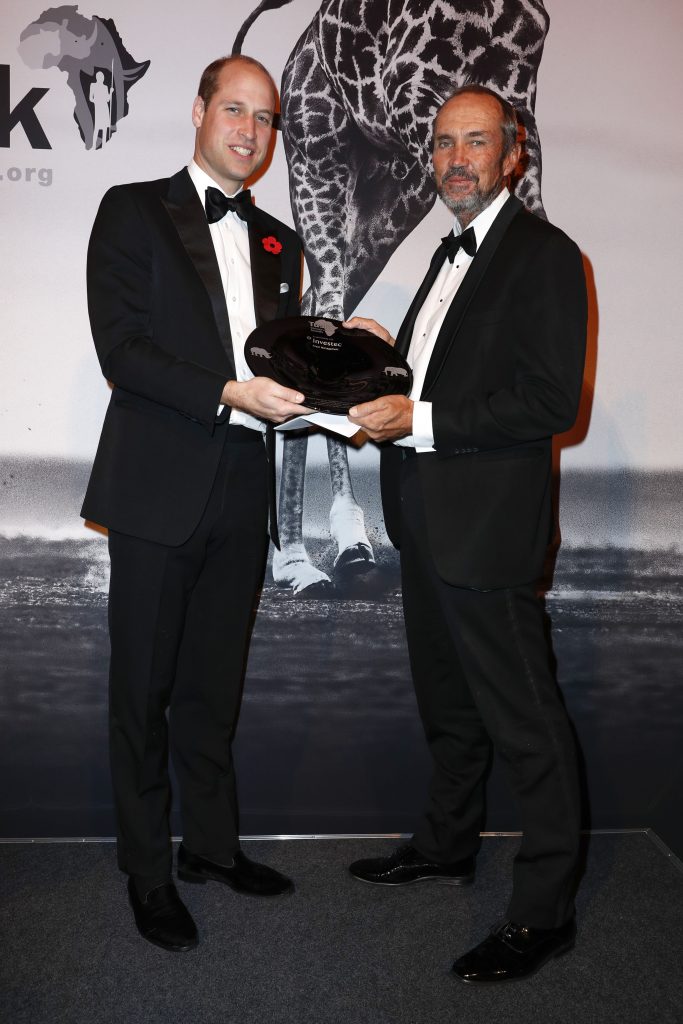 Pete Morkel (the Prince William Award for Conservation in Africa winner) and HRH Duke of Cambridge at the Tusk Conservation Awards 2018 in partnership with Investec Asset Management at Banqueting House on November 08, 2018 in London, England. (Photo by Chris Jackson/Getty Images for Tusk Trust) 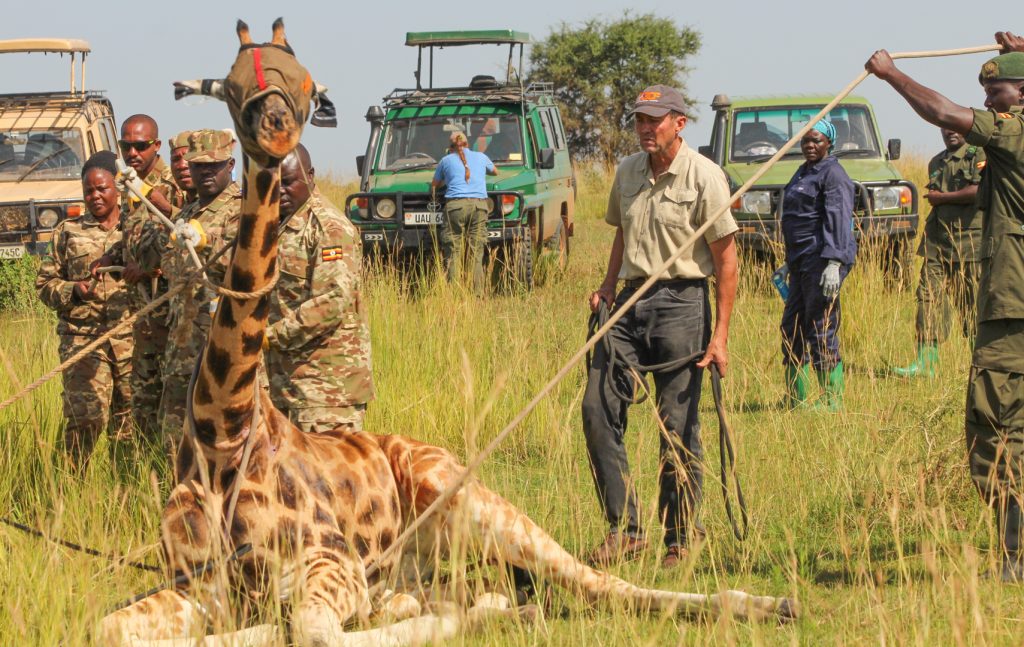