Murchison Falls has been a killing field for decades. The region that once hosted the highest biomass of mega herbivore in Africa saw wildlife numbers crash, with elephants being reduced from 14000, to just over 100 individuals.

Julius Obwona started his career in 1995 as a ranger. Rising through the ranks to Warden in Charge of Law Enforcement much of his operational experience was gained when the Lord’s Resistance Army were operational in the area. Under his guidance a highly trained team of 600 rangers have been deployed throughout Murchinson. New capabilities and skills have been implemented, such as marine rangers with patrol boats, and ranger posts in strategic areas.

By 2017 Julius and his team had removed 24 tonnes of snares from the Murchinson Delta reducing the ‘three elephants a day’ formerly being seen in traps to around three a month. Dozens of AK47’s, 100’s of rounds of ammunition and 700 poachers’ boats were decommissioned. His leadership has led to the prosecution of 720 suspects involved in wildlife related crimes.

Every creature in this world has a purpose and a positive one. We should strike a balance living in harmony with them. These resources must be protected.

Julius has a remarkable ability to work with local communities, breaking the poaching cycle whilst still promoting livelihoods. As such he is held in high esteem by everyone he works with.

But success has not been without sacrifice. Many rangers have been injured or killed. Julius has received countless death threats and hardest of all has been the separation from is family. This has not deterred him.

Julius demonstrates consistent integrity and bravery. He is a ranger’s ranger. Leading from the front he asks nothing of his team that he won’t do himself. 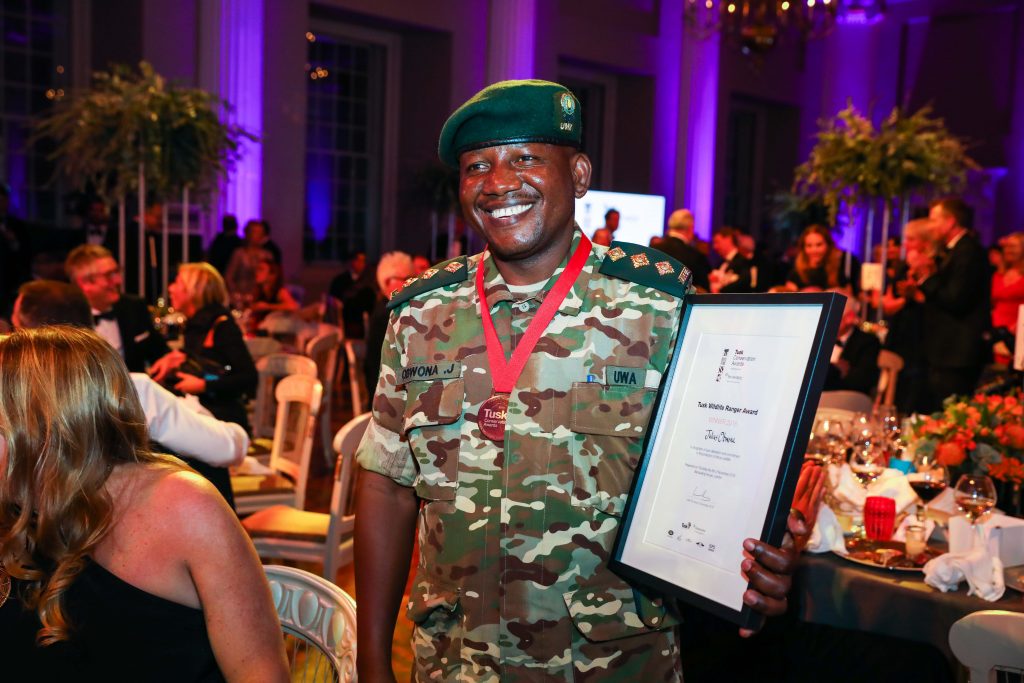 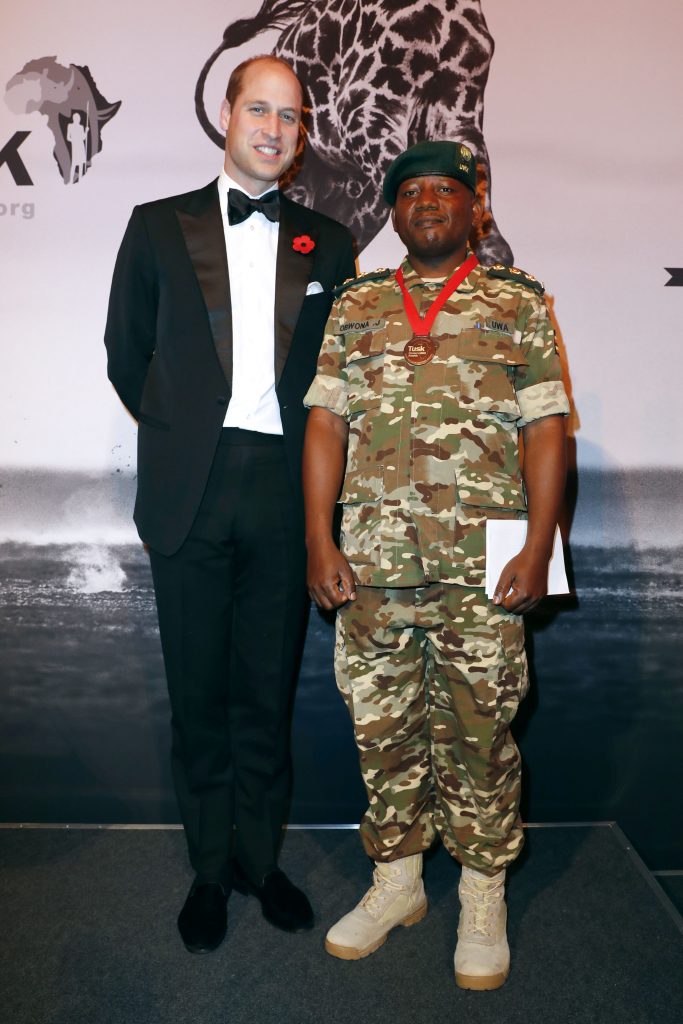 Julius Obwona (the Tusk Wildlife Ranger Award winner) and HRH Duke of Cambridge at the Tusk Conservation Awards 2018 in partnership with Investec Asset Management at Banqueting House on November 08, 2018 in London, England. (Photo by Chris Jackson/Getty Images for Tusk Trust) 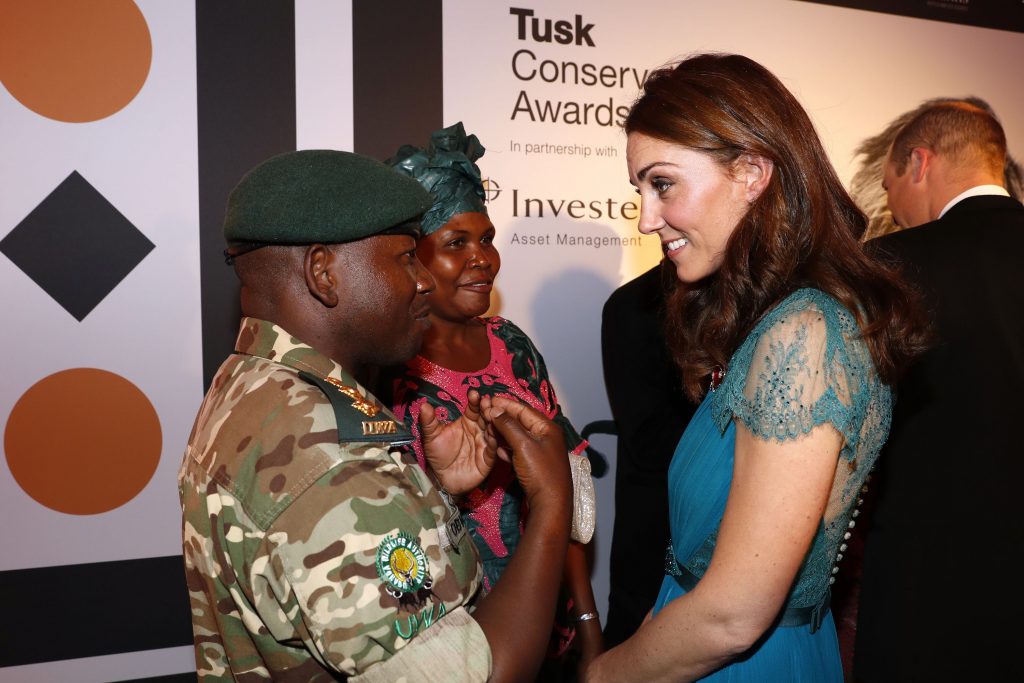 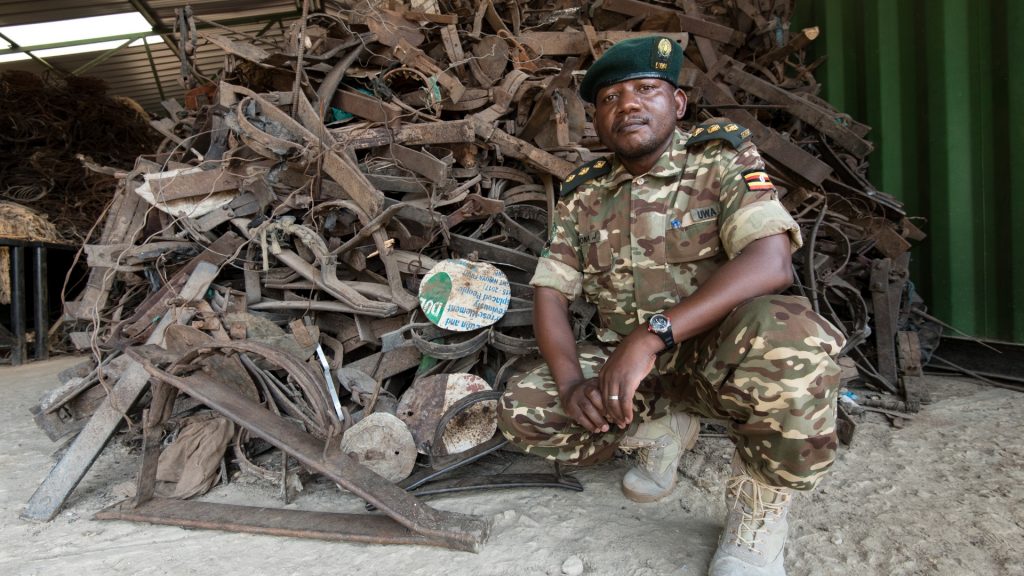 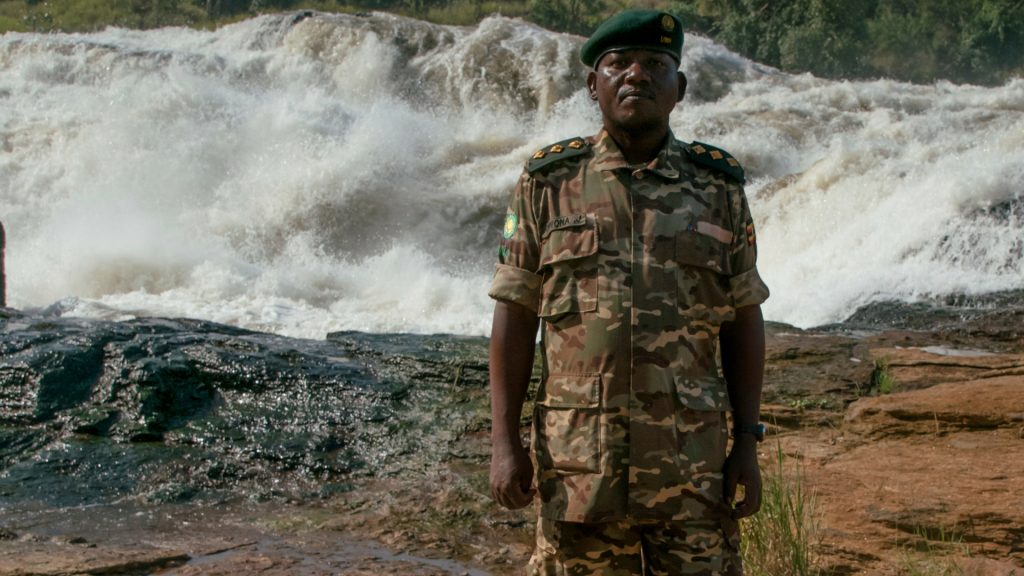 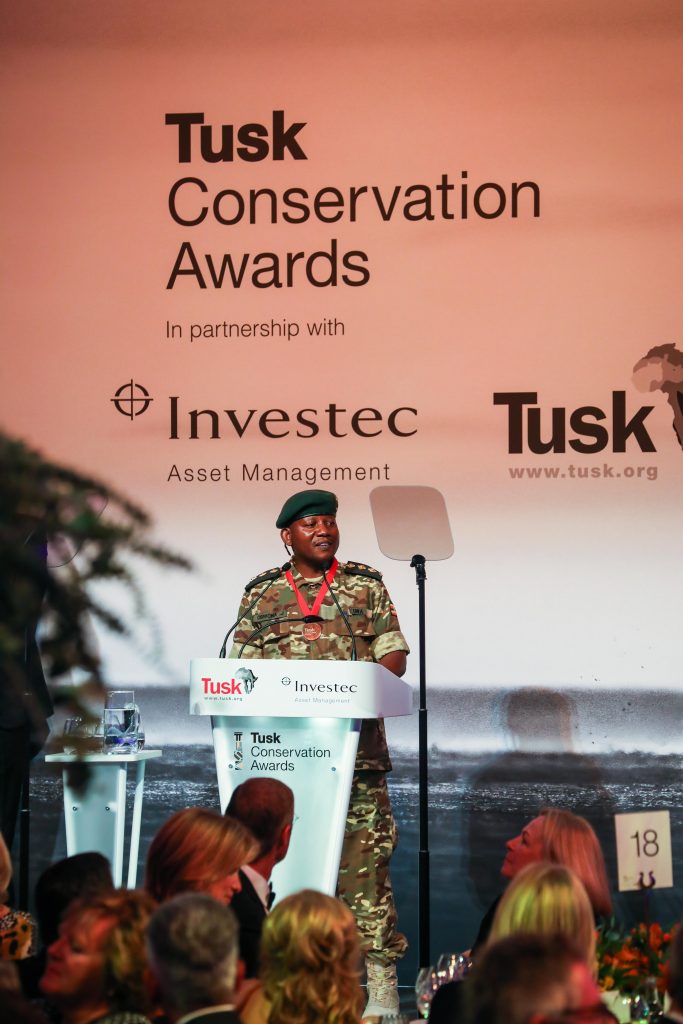