Ndiritu, was selected for his outstanding leadership and commitment in the face of the escalating threat from poachers in northern Kenya. His security operation covering more than two million acres, is home to thirty-three community managed wildlife conservancies and the 128 rhino living within the Lewa Wildlife Conservancy.

Edward leads the Anti-Poaching Units for the Lewa Wildlife Conservancy and the Northern  Rangelands Trust. Lewa, established in 1983, is a pioneer private conservation organisation in East Africa. It’s sister organisation the Northern Rangelands Trust (NRT) is an umbrella body that supports 33 community conservancies that cover a total of 44,000 kms2. Both are based in the wildlife rich northern Kenya and play a crucial role in wildlife conservation and
development in the region.

Northern Kenya is home to approximately 9,500 migratory elephant that live and move across the NRT conservancies while Lewa hosts 72 black and 56 white rhino, which constitute 13% of Kenya’s entire rhino population. Edward’s role as the Head of the Anti-Poaching Unit for Lewa and NRT is therefore crucial to the survival of these species in Kenya – he is responsible for the planning, designing and implementation of this massive landscape’s security strategy. Edward’s
dedication, commitment to his work and exemplary leadership has enabled the organisations he works with to reduce elephant poaching in the NRT conservancies by 38% in the past four years. Additionally in 2014, Lewa was the only Conservancy not to lose rhino to poachers in Kenya. Over the years, many poachers have been caught and arrested, their weapons confiscated and illegal ivory recovered.

Additionally, Edward’s work in promoting security within northern Kenya’s historically volatile areas has resulted in hundreds of stolen livestock being recovered and returned to their owners, apprehension of road bandits and further recovery of illegal weapons. All these efforts have improved the safety of the wildlife and people of northern Kenya.

Inspired by Edward’s story? Learn about another extraordinary finalist. 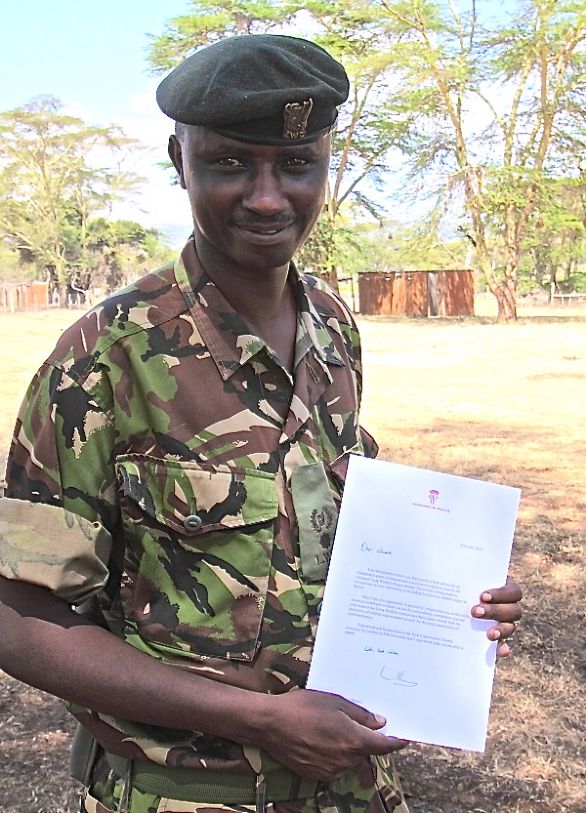