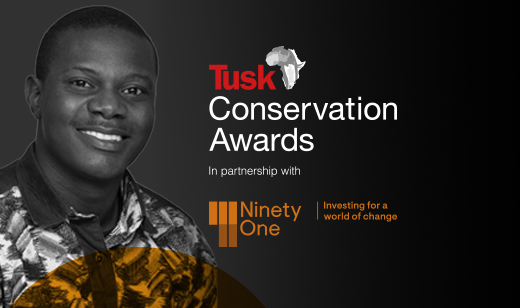 Caleb started the NGO Herp Conservation Ghana to raise nationwide awareness and canvas support for amphibian conservation. As the first person to study and work for the protection of amphibians in Ghana, Caleb’s work with the government and communities has been impactful and inspiring. Caleb is among very few amphibian conservationists in West Africa – his research has resulted in the discovery of several new species to science and the rediscovery of populations that were thought to be extinct.

I want my children and my family to live in a better world and therefore I will not stand by while species go extinct.

Find out more about the Tusk Award for Conservation in Africa as well as previous winners and finalists here.